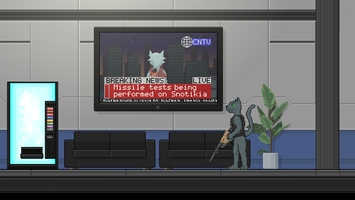 I made a hotfix patch addressing a game crashing bug I accidentally added in the last build! More level assets, including an animated news channel are also included in the new version!